Journey to My Haven of Health

My name is Audrey, and this is my Before to Beyond Story…

I’m 61 years old, married, a mother of three grown children, and a grandmother of two. While preparing to tell my story, I went back through pictures of my life looking for a sign of when it began to go wrong. When did the weight gain happen? What was the catalyst? Was it an event, or a gradual disconnect?

My life has always been one of activity and athleticism. I played numerous competitive sports and began ballet dancing when I was five. I am a mover. I danced professionally with two different ballet companies and eventually retired from dancing when I had my second child.

Even though I had retired from dancing, I continued taking classes, working out and teaching. I remained in this world of health and happiness throughout my life. Even when there were stressful times, I still made time to exercise. When I reflect on this time, I realize that as much as fitness was a release for me, it was also an unhealthy obsession. I HAD to be thin. I worked out to be thin, and I ate to be thin. Professional dancing can create an unhealthy body image, and I really hadn’t recognized it at the time. It was a part of me.

As I entered my mid to late 50s, owning a successful Pilates and Rehabilitation center, I started to face health challenges. What followed was a dive down a rabbit hole of information, and a rapid search for a medical support team. I called institutes across the world in search of answers, and, through all of it, my stress was building—ready to erupt. In an effort to lower my stress, I released my beloved business to my daughter. I got much worse before I got better. I became depressed, gained 20+ pounds, became overweight for the first time in my life, and drank wine to numb what had become an unrecognizable life.

Through trial and error, I began to see my health improve. I found an online women’s support network, put the wine back where it belonged, and even found a fabulous new skin care line. But, I couldn’t shake the weight. It wouldn’t budge, and I was becoming discouraged. I tried apps, programs and diets. Each was met with disappointment and a return to the same number on the scale. Ugh. My answer was to hide the scale. Ha!

Then, along came Joy Edgerton, a friend from my online group. She began talking to me about a new product she was trying, Zipslim. I tried the samples and began taking it, but I didn’t really commit the first time around. Then the Reboot group concept started, and I joined in. It was great! Being accountable and competitive was right up my alley, and the weight began to come off without a lot of effort. The first 10 pounds was easy. The next 6 pounds, a little harder. But, BEYOND slimming down was my return to health. I felt like my gut health, strength, stamina, mental acuity, and figure was finally returning.

An important note is that my husband, a chiropractor, is also a weight loss specialist. His program is for morbidly obese people with many health problems, and it’s a very strict program. He highly endorsed this method for me because of its ease and its ingredients. He now uses it himself! ZipSlim has been approved by my support team of doctors, and I don’t have to take the laundry list of individual supplements anymore. Other than my pre and probiotics and super-greens, I’m a ZipSlim woman through and through.

We took a trip to New England at the beginning of Fall this year, and we got to meet Joy and her husband for the first time. I had shed 16 pounds and felt absolutely amazing. I was wearing fun clothes again and hiking on average 6-8 miles a day. The trip to New England and meeting Joy and her husband was the culmination of a lot of hard work. We returned home inspired.

Taking the first pictures at the beginning of the year was a horrifying experience for me. I had become very good at camouflaging my appearance. I knew how to stand and dress to hide my weight gain, but I couldn’t hide my unhappiness about the fact that I wasn’t fitting into my clothes anymore. Listening to Dr. Mark Drucker explain what had happened to me gave me hope and a resurgence of resolve to lean into this system.

ZipSlim, the teamwork, the guidelines, rituals and support are incomparable to anything I’ve experienced. I also couldn’t have done this without my friend and coach Joy Edgerton’s guidance and infectious positivity. I give myself credit and claps for sticking to it, which is spurring me on to this next year. In 2022, I’m fully committed to going places in my health and fitness realm that I never thought would be obtainable again—and getting the last 10 off!

Thank you, Joy! Thank you, ZipSlim! And, thank you, God, for leading me to this haven of health. 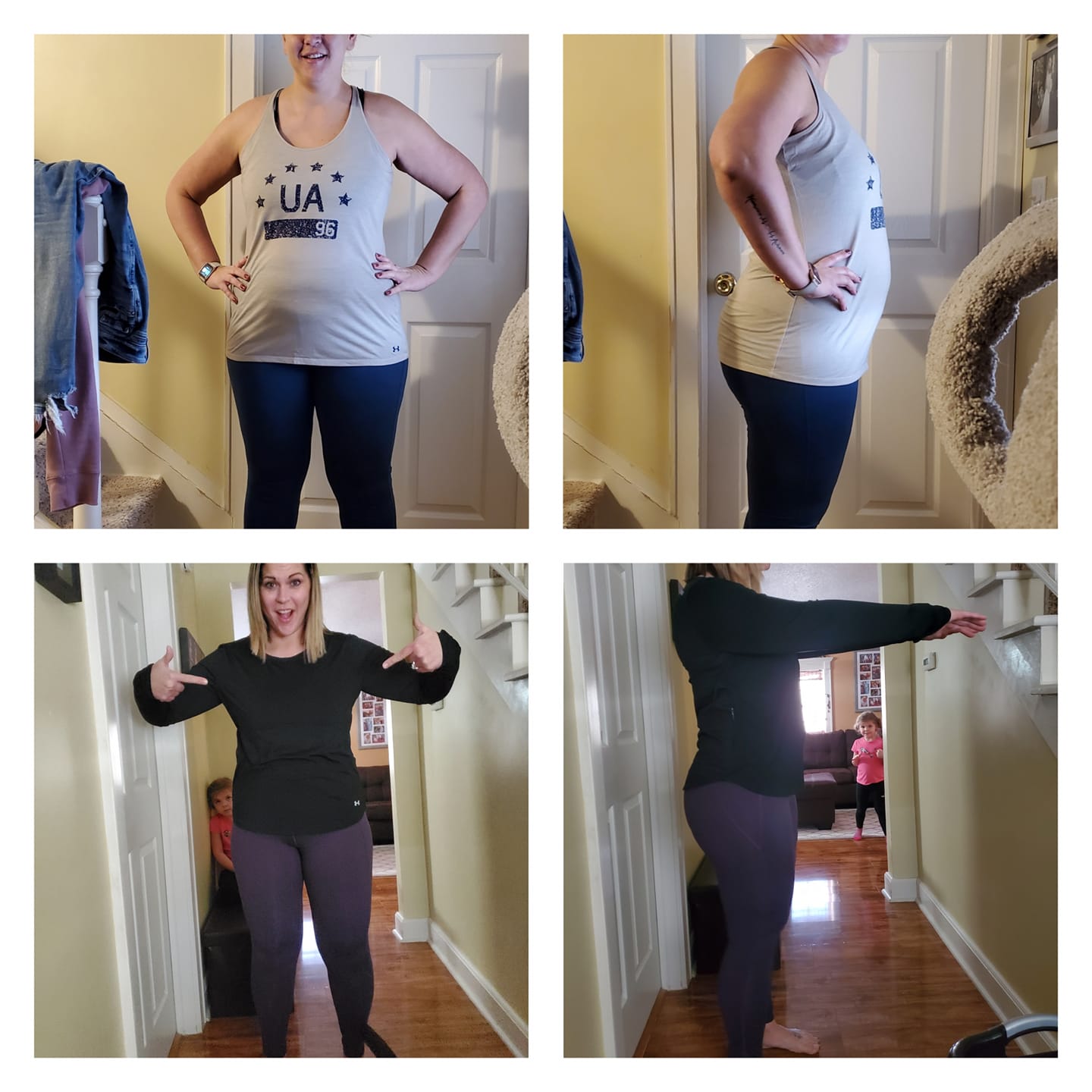 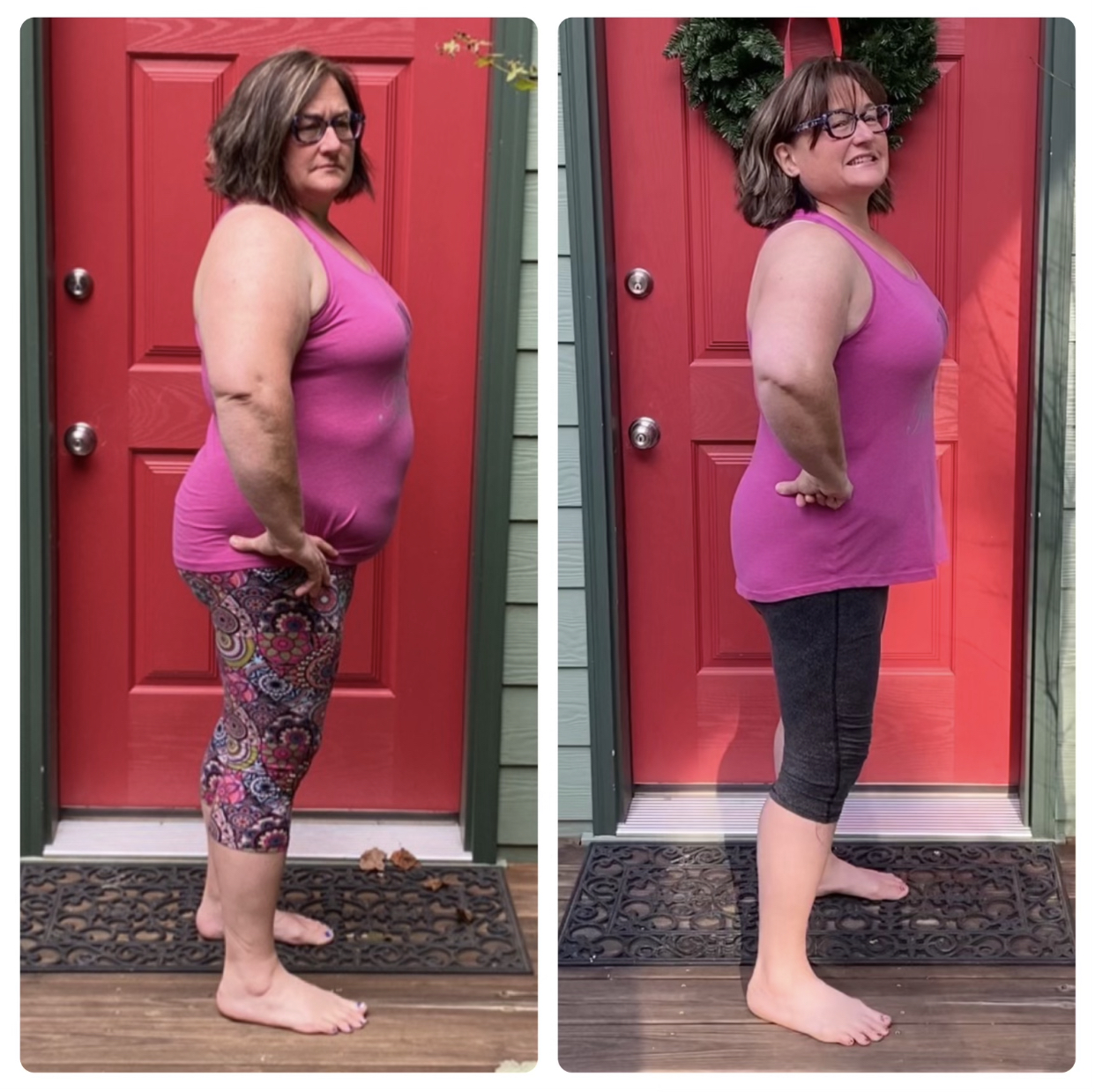 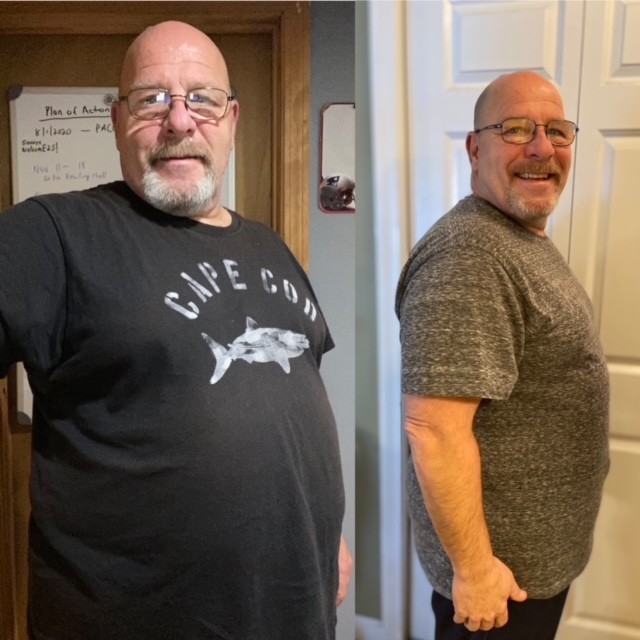