My name is Jim, and this is my Before to Beyond Story…

Almost a year ago… That’s when I hit 273 pounds. I was ashamed and avoided pictures because I hated how I looked and felt about myself. Funny, you wouldn’t think that’s what guys think about, but I did. I have always struggled with my weight throughout my life. I enjoy food, and plenty of it.

2020 was different. I knew back in January of 2020 that I needed to do something about it, and would be successful for a short amount of time, but then lack of motivation took over on my previous attempts to get fitter and healthier, and where I lost the motivation, I gained the weight. The Covid-19 pandemic didn’t help matters at all for this Children’s Hospital Flight Respiratory Therapist. When you’re a healthcare worker and doing some of the hardest work of your career, people look for ways to say “Thank You!” While it is appreciated, it mostly is paid in food.

Of the stores that were open, we had many pizzas, cookies, cakes, pasta, burgers, fries, you name it! It was always appreciated, but for someone who has never done well to “control the table,” this was not good. In August of 2020, that’s when I almost accepted my fate… that I was relegated to being the “fat guy”, doomed to live a shorter, heavier life, and be the butt of all the jokes. I felt worthless and full of shame. I had no energy, I didn’t like the idea of physical exercise, watched my kids look at their “fat dad”, and often wondered that if they checked weights to fly us somewhere to help a sick baby, if I would get taken off the flight in favor of a lighter person, losing what I enjoy about my employment.

Not long after that self-talk, my now Coach (and coincidentally, my AWESOME aunt), told me about Beyond Slim® and their revolutionary new product, ZipSlim®. She told me about the ease of use of the product and what was being developed. Unfortunately, the price point kept me away, and honestly, even if I had the money to invest, I was completely and totally skeptical.

The scale continued to fluctuate, but hovered around the same number… 273. There were 273 reasons to take the first step, but I wasn’t about to heed to one and get started. The holidays came and went in 2020, and I was no better to myself. One thing I knew… I had to do something, before things really got out of hand. All the while, my Aunt Kathy was there, but she never pressured me once. She merely prayed for me with that knowing heart that someday, I would come around about the issue.

Turns out, God was working, and she was rewarded. Finally, I did it. I had the money, thought about it, and jumped in with both feet. I called my Aunt Kathy and told her it was time I finally did something for myself and my health. I wanted to be fitter, healthier, and happier. Late January of 2021, I ordered my first month supply of ZipSlim, and in a garage meeting (Covid Precautions, but they kept it warm), we discussed what I needed to do. It wasn’t just the ZipSlim, but also the 9 Reboot Rituals. If I stayed consistent on the 9 Reboot Rituals, the weight would melt off.

I started my journey on February 3rd, 2021, drinking my first Blackberry Lemonade ZipSlim in a parking lot in Uniontown, Pennsylvania after teaching class. What… a… FLAVOR! It tasted amazing! No weird aspartame aftertaste, no thought that it was actually good for me. I initially was skeptical, thinking, “There’s no way that this could be the answer. I’ll put my best foot forward, but honestly… too good to be true and there goes my cash.”

My first week, I didn’t see a whole lot of results. Again, when I saw 270 pounds at the end of the week, I merely thought I was dehydrated or some anomaly was going on at the time. I also was getting close to the Lenten Season in my faith, where I usually give up sweets, fast food, and beverages other than water or coffee. That would be the proving ground… and prove it, ZipSlim did!

Every three months, we in flight have to “weigh in” so they have the information on file and can determine fuel consumption, which translates to safety of the patient, pilot, and crew on a mission. I went to the employee health station where the nurse who weighed me said something I hadn’t heard in a considerable amount of time, “Well, Jim… you weigh in at 250 pounds.” I… WAS… IN… SHOCK!!! In a short month and a half, I was down 23 pounds!!! Even better, people were beginning to notice. My boss was shocked at how much thinner I was looking. It was then I realized, I had to keep going.

May 20th started like any other day. I weighed myself before work, 243 pounds, but I had been hanging there for a couple of weeks. I went to work that morning where we were notified by a flight team in Cincinnati, Ohio, that they would be unable to bring an infant to our facility that day for the necessary care they needed. Upon receiving this message, my partner, Dawn, and I started the information rolling about going to retrieve the patient ourselves via flight. This would be the shortest, quickest, option, and we were more than available. We were approved to undertake this endeavor, provided that we meet the pilot at the base and mobilize quickly.

As we were loading our equipment, our Pilot, Joel, had his iPad out determing fuel like he does every flight to calculate fuel stops. He asked me, “Jim, how much do you weigh?” I told him he had that information on file, to which he responded, “I know you’ve lost some serious weight, and I need to calculate. What’s the number?” I told him it was 243 pounds with a smile just thinking he was complimenting me.

What Joel said next is something I’ll never forget: “Well, Jim, because you lost that weight, we don’t have to stop for fuel. We can make the whole trip quickly.” I didn’t think much of it at the time, but once I told my Aunt Kathy, she was more over the moon than I was in celebration! Then it hit me… no delay in patient care, by shedding 30 pounds. Just… wow!!! That day, I didn’t have to adjust the seatbelt harness to fit 30 more pounds that were there. I could have cloud-hopped to Cincinnati that day, as I was walkin on sunshine!

It was then I set another goal… under 240 pounds. It would be the first time in 16 years (before my daughter was born) that I would have been under that mark. In the first week of June, I stepped on the scale and saw for the first time in 16 years, “237” on the scale. I told my teammates that I had a new number, showing them my progress… They were doing backflips with me, and have ALWAYS been full of support. I have been on a three week vacation recently, and when I returned, I didn’t lose a single step of momentum, nor did I gain one ounce from our trip. This stuff is FOR REAL!!!

I have set a goal weight of 212 pounds based on our meetings and check-ins each day and week. When there’s a challenge, you can bet I’m in. I have the best support network in our team, “Mission Slimpossible” and our coach, “Aunt Kathy” Ernette.

I’m meeting motivated people, and I think the biggest honor so far has been talking to Jon Raynes, who wants to see ALL of us succeed and be fitter, happier, and healthier, and will motivate you to be the absolute best version of yourself. I am looking forward to knowing my grandbabies for a long time, living a long and healthy life with my incredible wife, Kelly, as a result of my newfound friends and this product. I have since become a coach myself, and I look forward to helping others achieve their goals… If only you have the courage to take that leap and learn to fly like I have.

Thank you, Beyond Slim®. You gave me my life and confidence back.

share this with someone
PrevPreviousMy Family of 4 is Miserable No More!
NextFrom Anxious and Stressed To Healthy & Blessed!Next

This site uses Akismet to reduce spam. Learn how your comment data is processed. 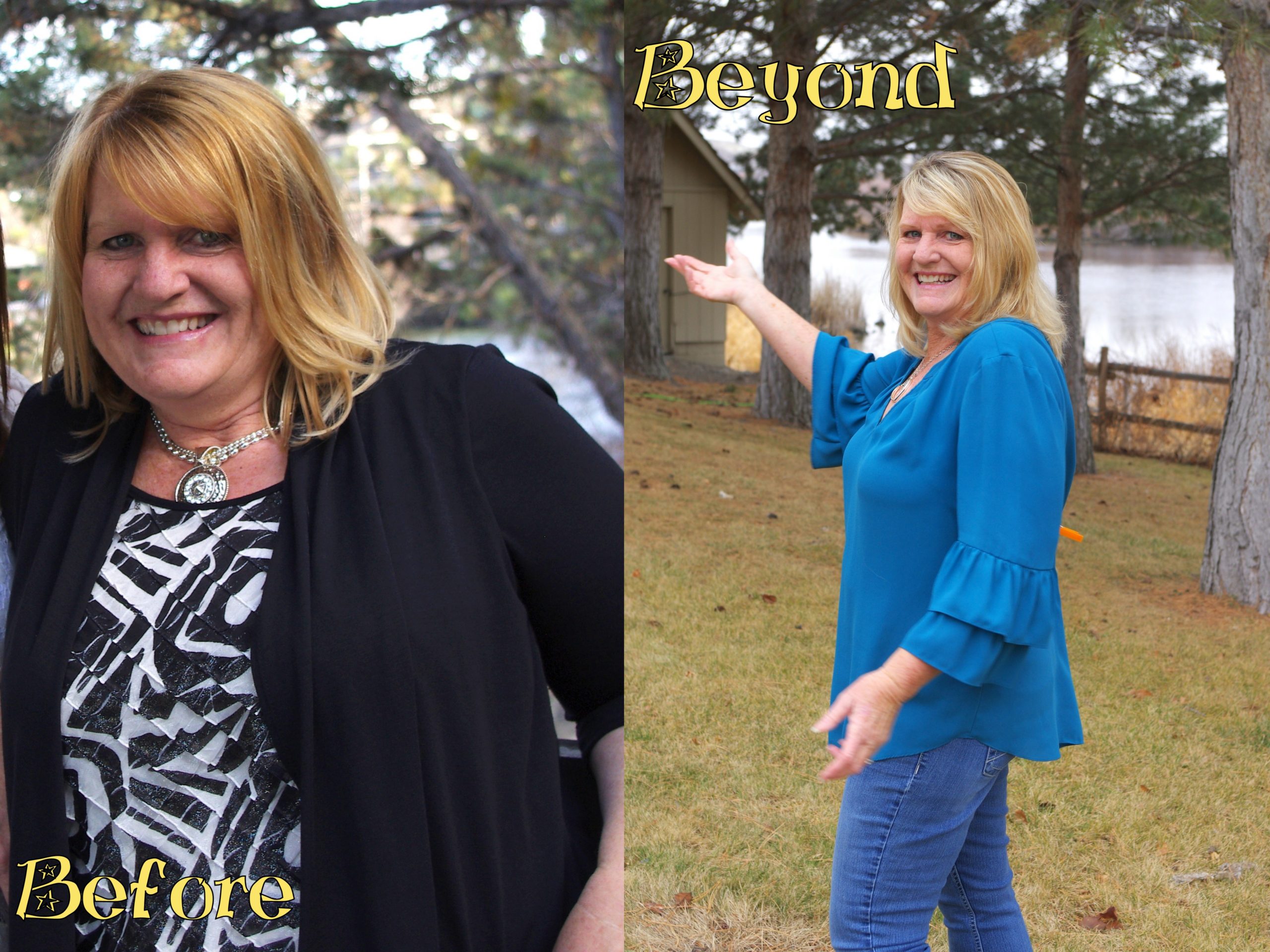 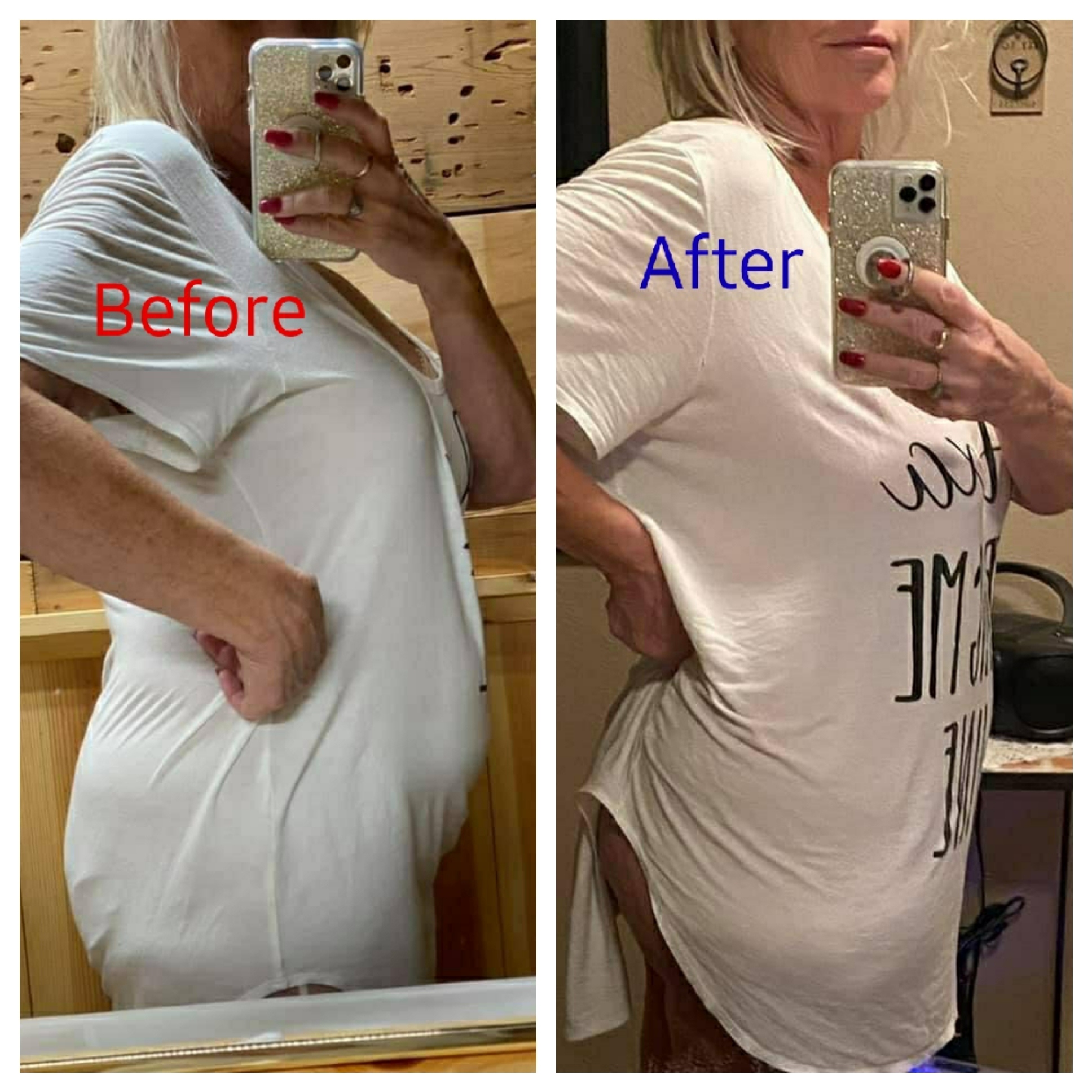